started a topic over 2 years ago

If you use PlayIt Live on a mixer and present the various outputs on different channels it would be desirable for a player to start when the relevant fader is opened.

Mixers often provide a switch output which changes state (either as a short “pulse” or as a simple closure) when a fader is open. Historically this was used for turntables and tape machines, more recently for CD players (which generally want a “pulse”) and similar devices.

I’ve got a D&R Airmate mixer that has a “fader start” output on each channel and I wanted the channels used for PlayIt Live to trigger an event in the playlist when the fader was opened.

After some research however, I could find a unit intended for the arcade machine industry that would turn a button press into a keypress (simulating a USB keyboard), it was also reasonably priced so I bought one.

The device is called the U-HID Nano and in the UK it is available from a firm called “Arcade World”. They supplied it very promptly and I also bought the wiring loom & plug from them to make construction much easier. 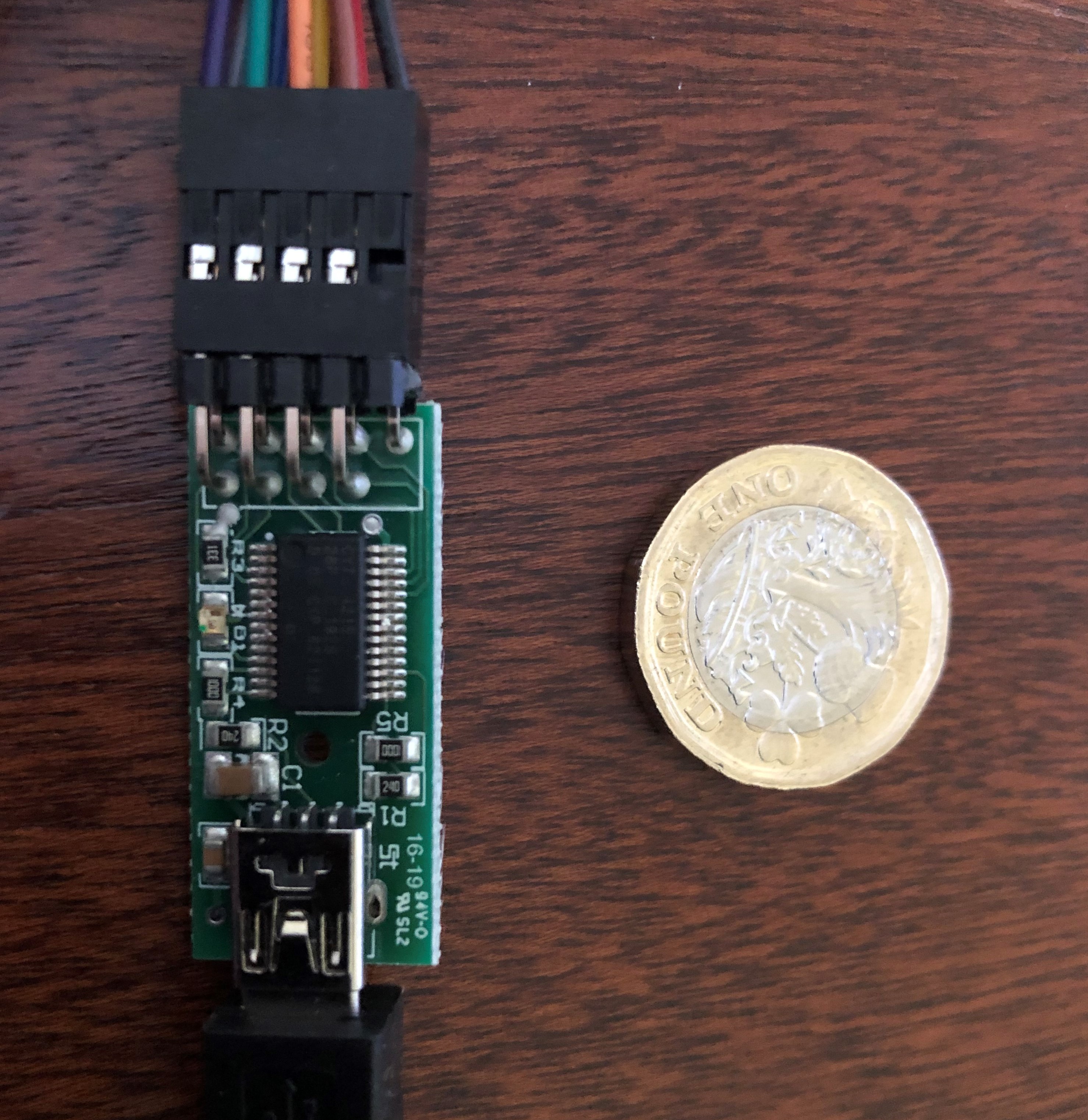 The U-HID Nano has 8 connections (and a 0 volt “common”) and can be configured by software. Once configured it does what it is programmed to do without further software running. In the PlayIt Live application I’ve programmed each connection to generate a function key keyboard press on switch closure (and nothing else).

My mixer gave the fader connections on ¼ inch jacks (one per channel) so I put a similar connector on the box which I fitted the U-HID Nano into.

As I only needed 3 fader start connections (although I allowed for 4) I decided to put push buttons on the box for common PlayIt Live functions (play, pause, stop and next item). 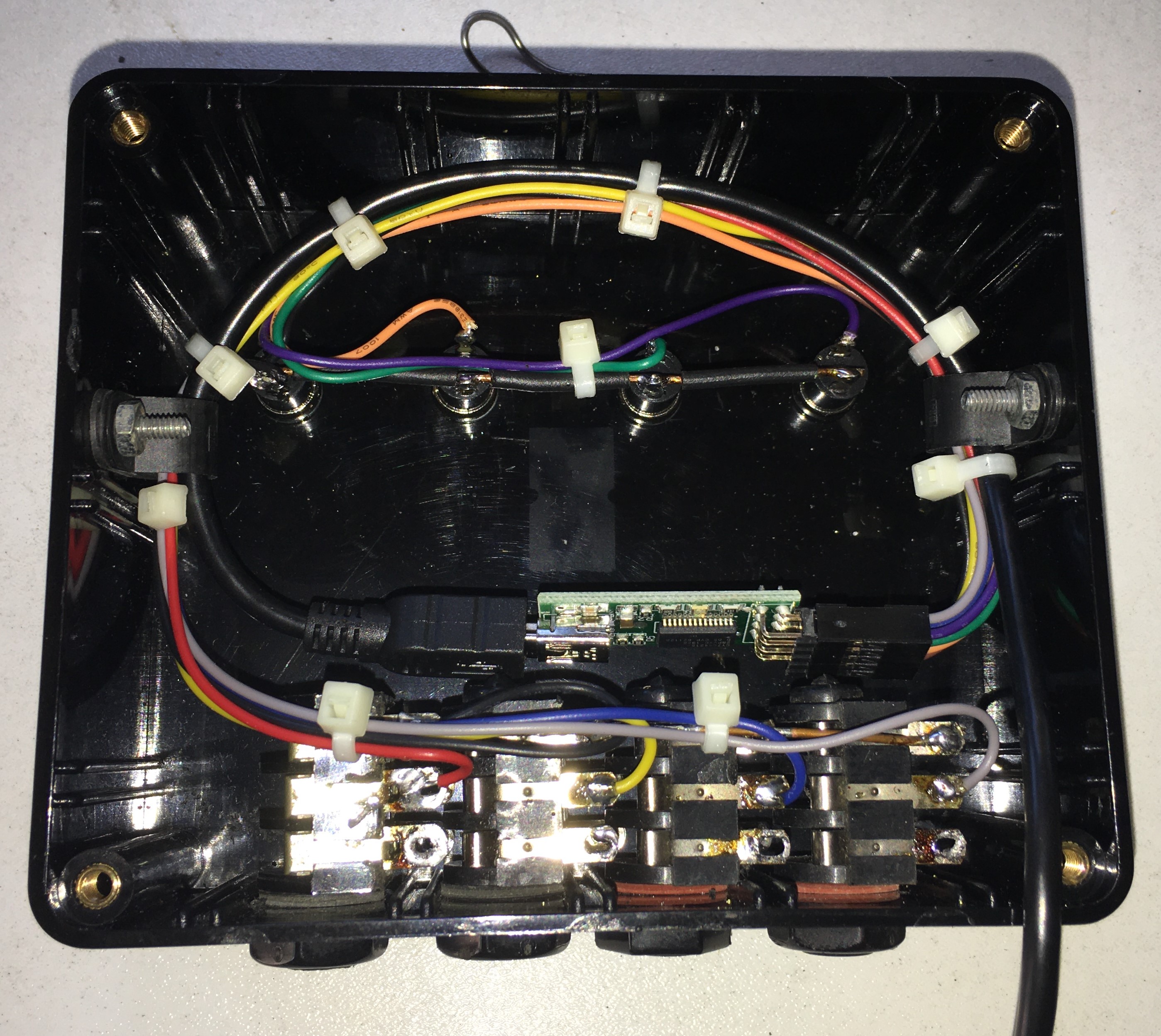 That’s the box at a late stage in construction. The jack wiring matches how the mixer provides the connections so the cable is “straight”. 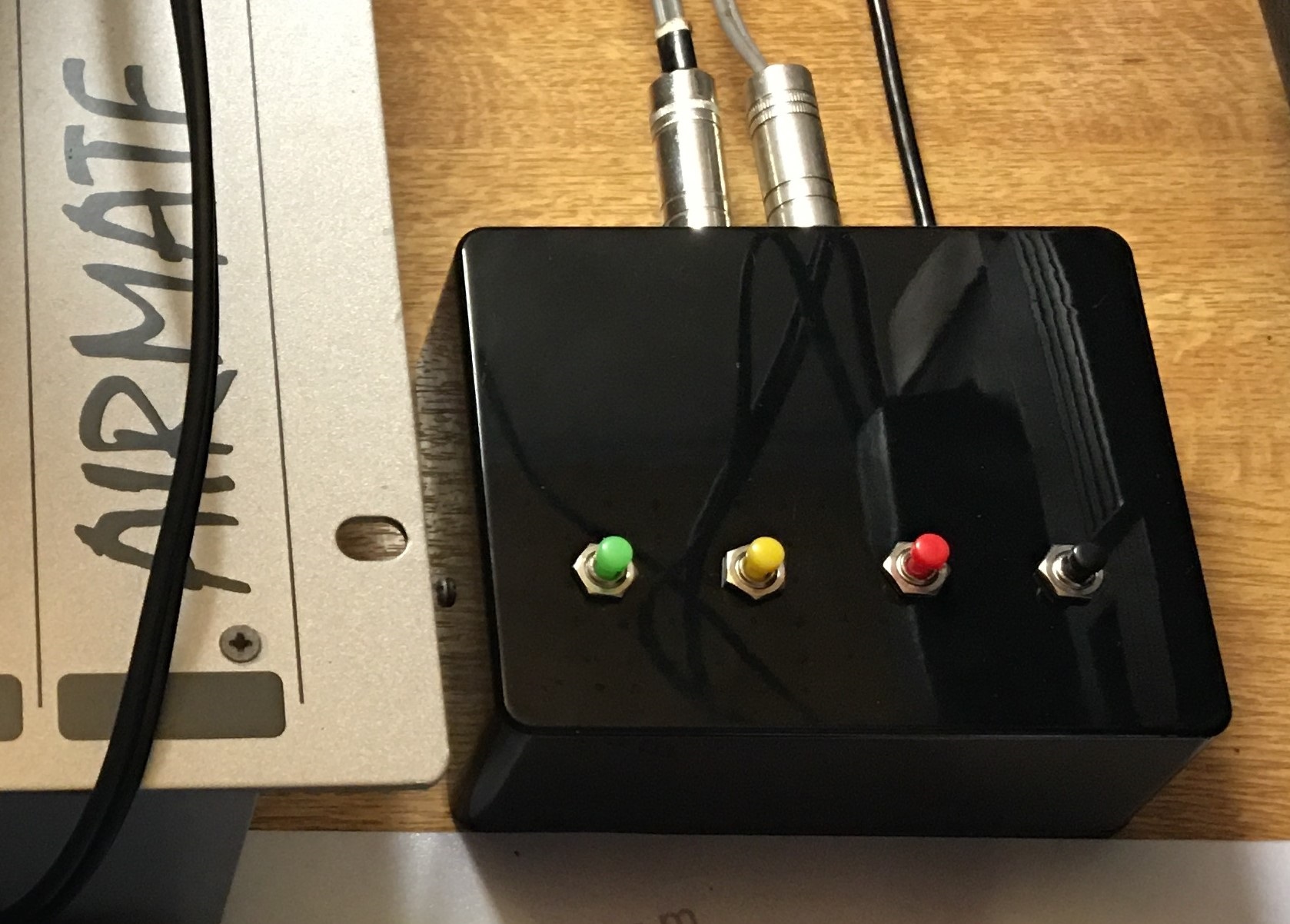 The push buttons match the order and colours on the PlayIt Live screen .

The U-HID configuration software is excellent, well thought through and easy to use.

See a screenshot configuring the first connection (which is the green button in the picture above).

Pressing the green button generates the keypress for F1. The other three buttons are F2, F3 & F4.

For reasons I’ll come on to the fader starts are also all F4. 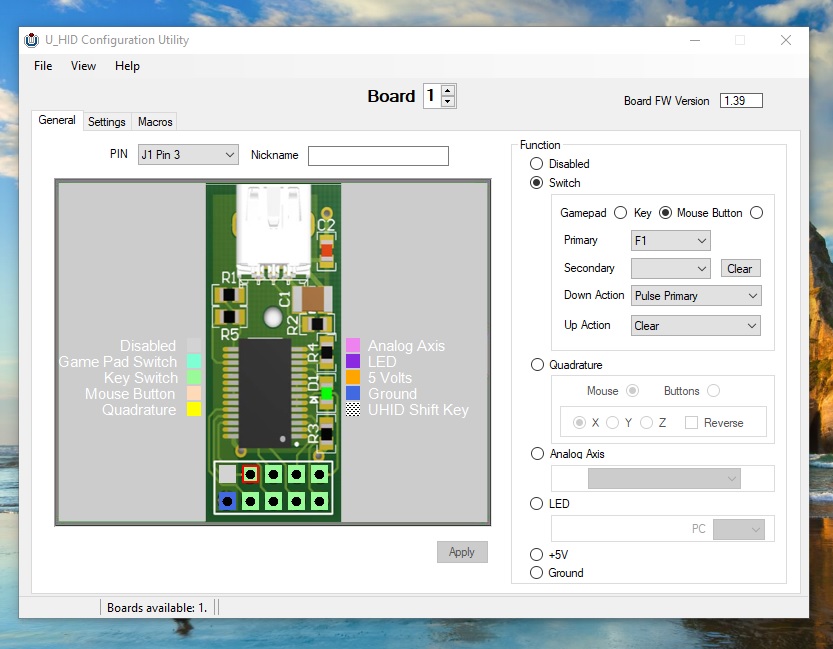 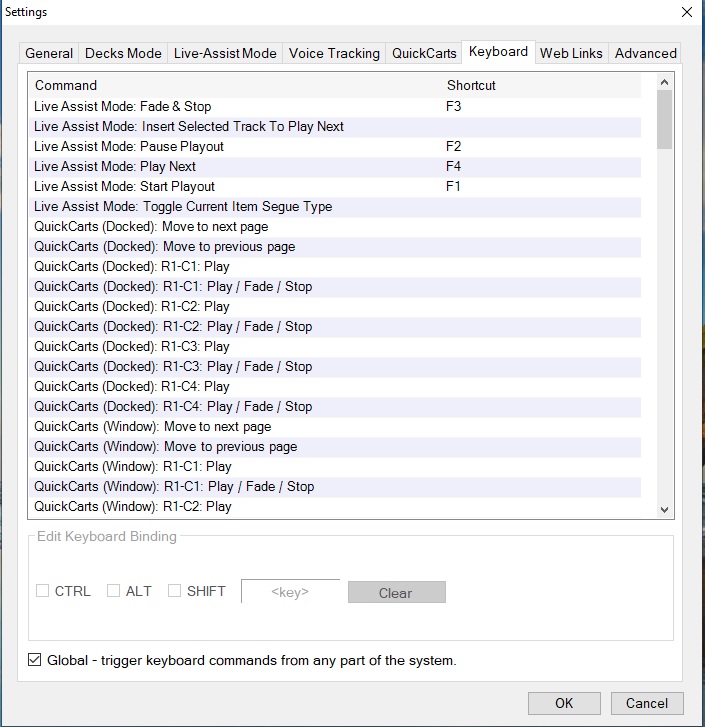 The only problem with channel fader starts and multiple outputs in Live Assist Mode is that there isn’t a start for each player.

In practice “Start Playout” is good enough as generally you are opening the fader for the player with the next item on it hence all the fader starts are mapped to F4.

This a great tip.  I haven’t seen this board before so have ordered one to try out. Thanks for the post. Mark.

There had been a few mentions of fader start here and I did it as a "lockdown project".

One slight correction to the last paragraph above, I mapped the fader starts to "play next" (F4).

The mixer had very strange fader start wiring and because "sleeve" on the jack wasn't earth I bought some plastic moulded leads to connect it.

I also got my Numark CD players wired for fader start (which was a surprisingly tricky thing to do as you would never guess the fader start connections and they were not documented).

For completeness the fader start box as it now is. 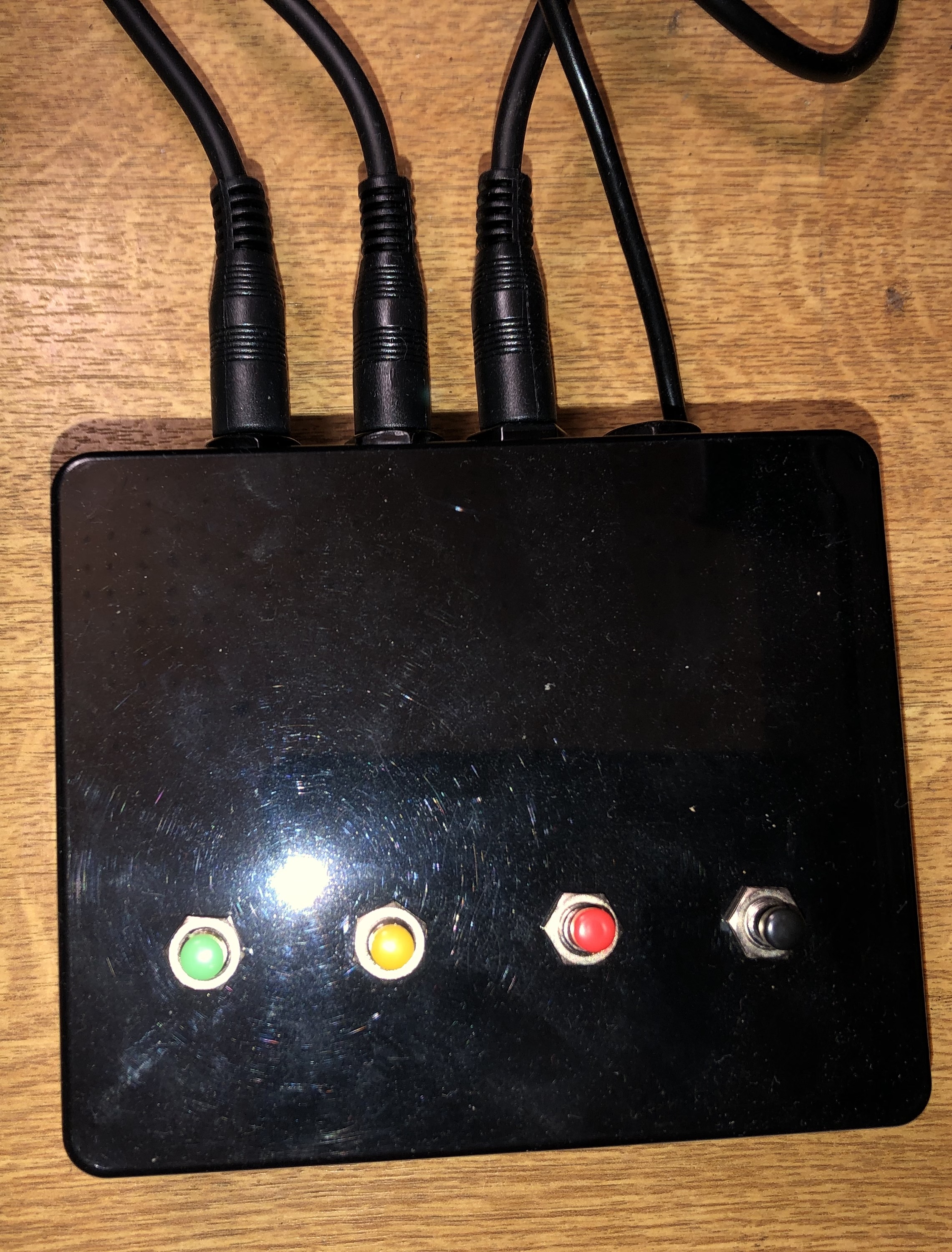 Not related to PlayIt Live but impossible to find on the Internet, how the Numark CDN77USB fader start works.

The Numark CDN77USB is a rack mount twin CD player which I've seen in small scale radio station studios (and I own). It has the handy feature of being able to play "normal" CDs, MP3 CDs or MP3s from a USB stick (which is handy if you don't want people playing MP3 files on the main playout system).

The two main controls are the "cue" button and "play/pause". For simple applications you only need fader start control of "play/pause".

There is a remote 3.5mm socket on the rear of the unit for each of the two players for the remote control.

What I couldn't find anywhere was the wiring of the CD player remote connection.

Numark's technical support were excellent (as I've also found before) and gave me an extract of the relevant circuit diagram (reproduced below). 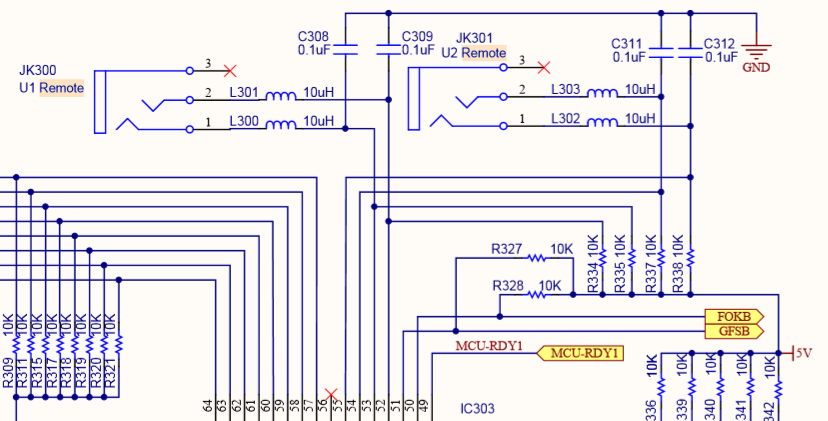 As you can see, the remote expects a "stereo" 3.5mm jack but doesn't have an earth on it.

The "start" needs to be a pulse to earth. Fortunately the Airmate mixer can be set to do that so no need for clever electronics.

The Aimate connections are as this diagram. 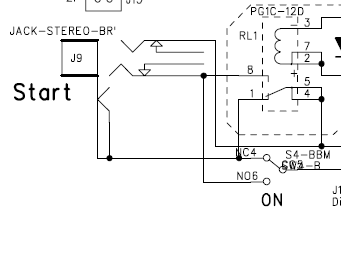 Note that this connection "floats" with a common, normally closed and normally open (because it was intended to connect to record players and similar which might need NC or NO).

I was only interested in "play/pause" on the CD player so I made a special "test" lead. 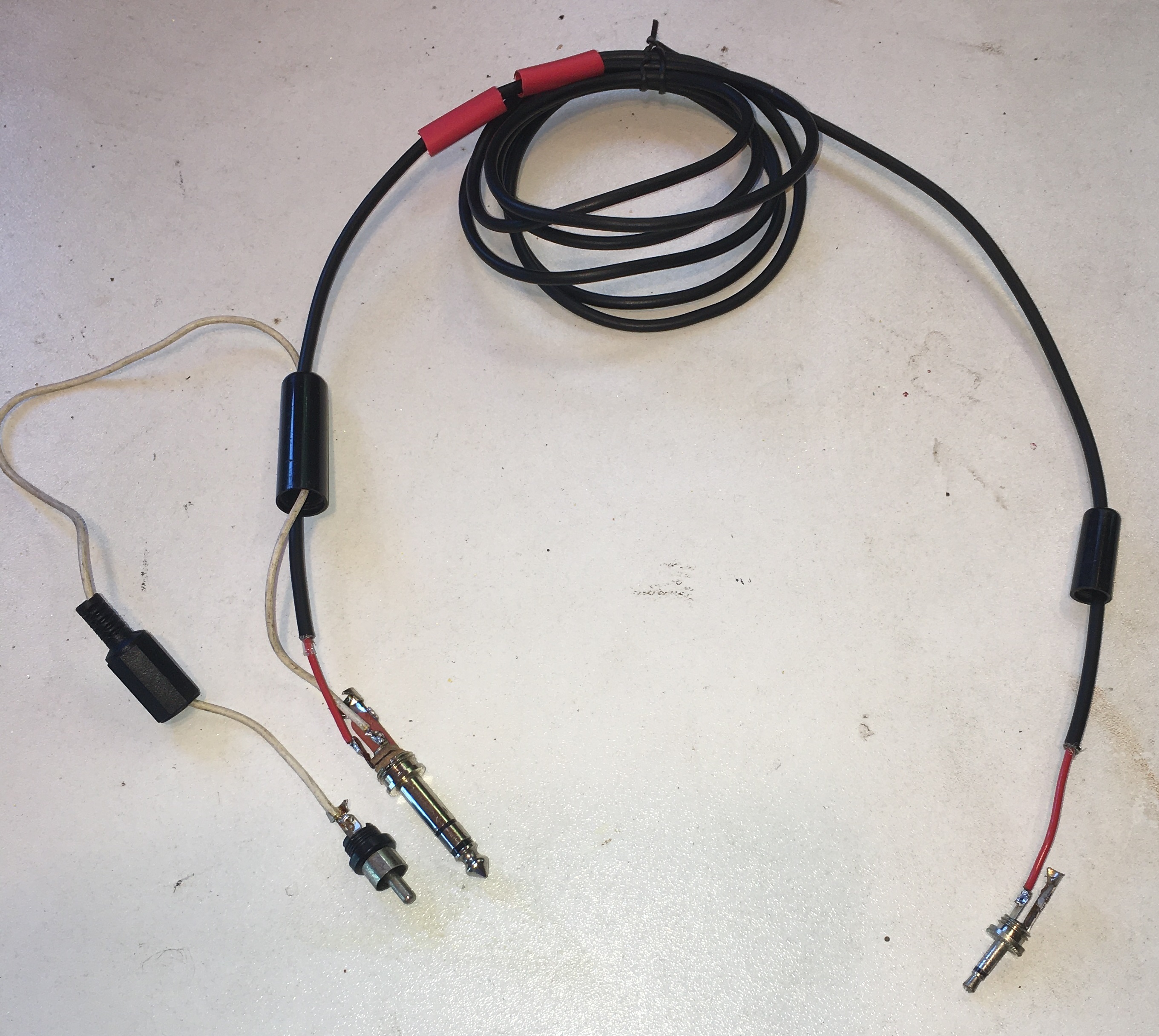 The extra phono socket picked up the required earth at the mixer end (and used the CD player-mixer signal cables to tie the earths together). The "proper" version of the cable does this at the 3.5mm plug (Numark CD player) end which is how it should be.

Hopefully of use to somebody with their studio.