started a topic over 2 years ago

At the moment (May 20) there is particular interest in broadcasting "from home" and PlayIt Live is capable of supporting this in various ways.

but while that is quite a decent broadcasting setup it doesn't have an explicit "OB" facility.

I can access the network the system is connected to over the public Internet using a VPN so with modest additions I could add an OB capability.

Because I could connect "inwards" to my network using a VPN (because my router supports inward VPN connections) it was relatively simple to have the Icecast server on an IP address within the same network as the PlayIt Live system was connected to but it would be possible to use a (private) server on the internet for this function.

I used two Icecast mountpoints ob1 & ob2 and configured each OB streamer to create it's own mountpoint.

My ob1 was a streaming application on an iPhone iziCast (written by the person who did B.U.T.T.). The iPhone was connected to a USB soundcard via an Apple "camera adapter".

My ob2 was the streaming plugin on PlayIt Live (on a 3G capable tablet computer) connected using a Yamaha AG-03 mixer.

I measured the delay through the system and it seemed to be about 5 seconds. This also seemed fairly repeatable. Both for quality and delay reduction reasons I used 320kb/s for the OB streams which the "3" mobile network seemed capable of supporting without difficulty. 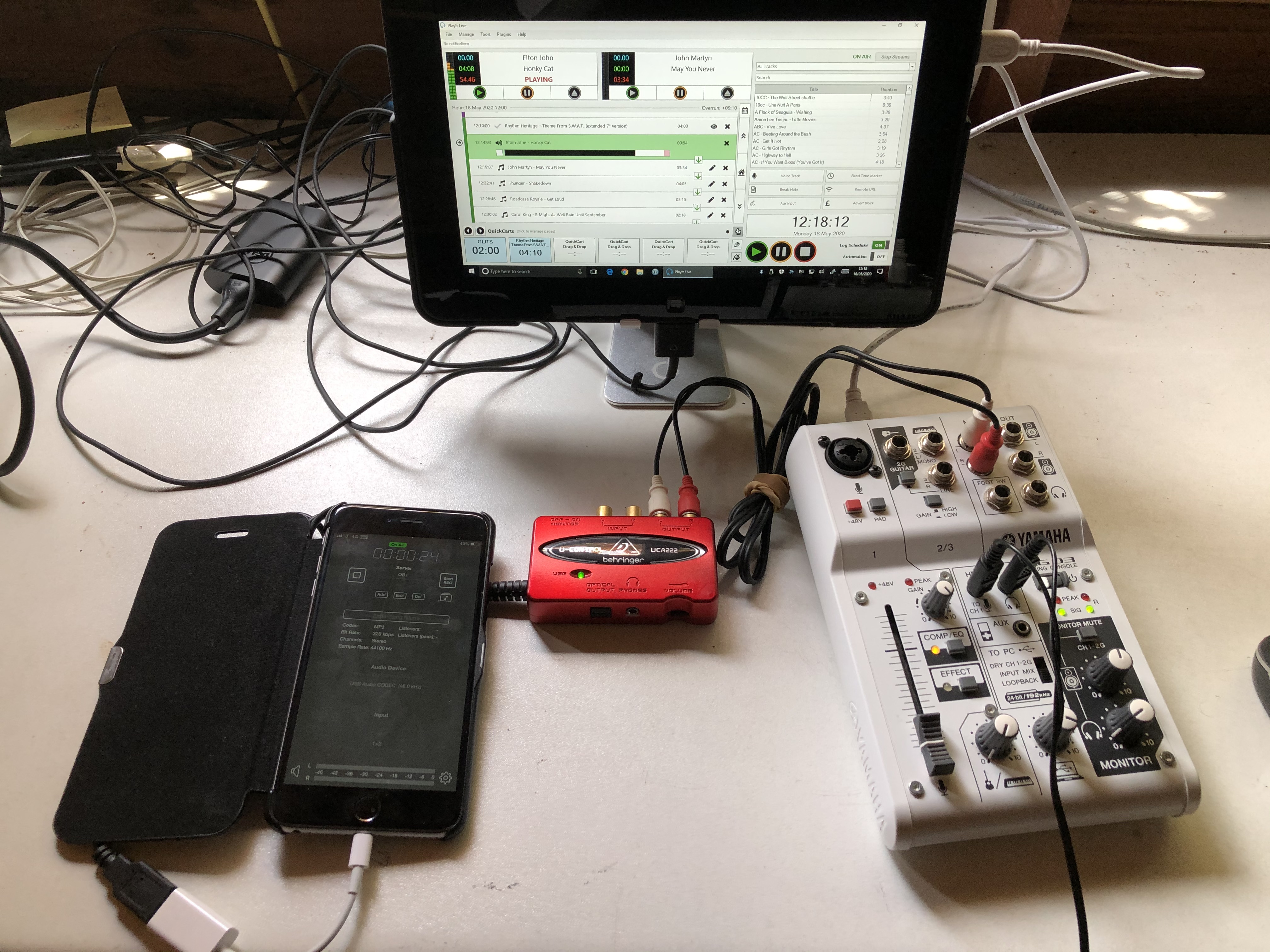 So, having set up the hardware I created schedules to use the streams. 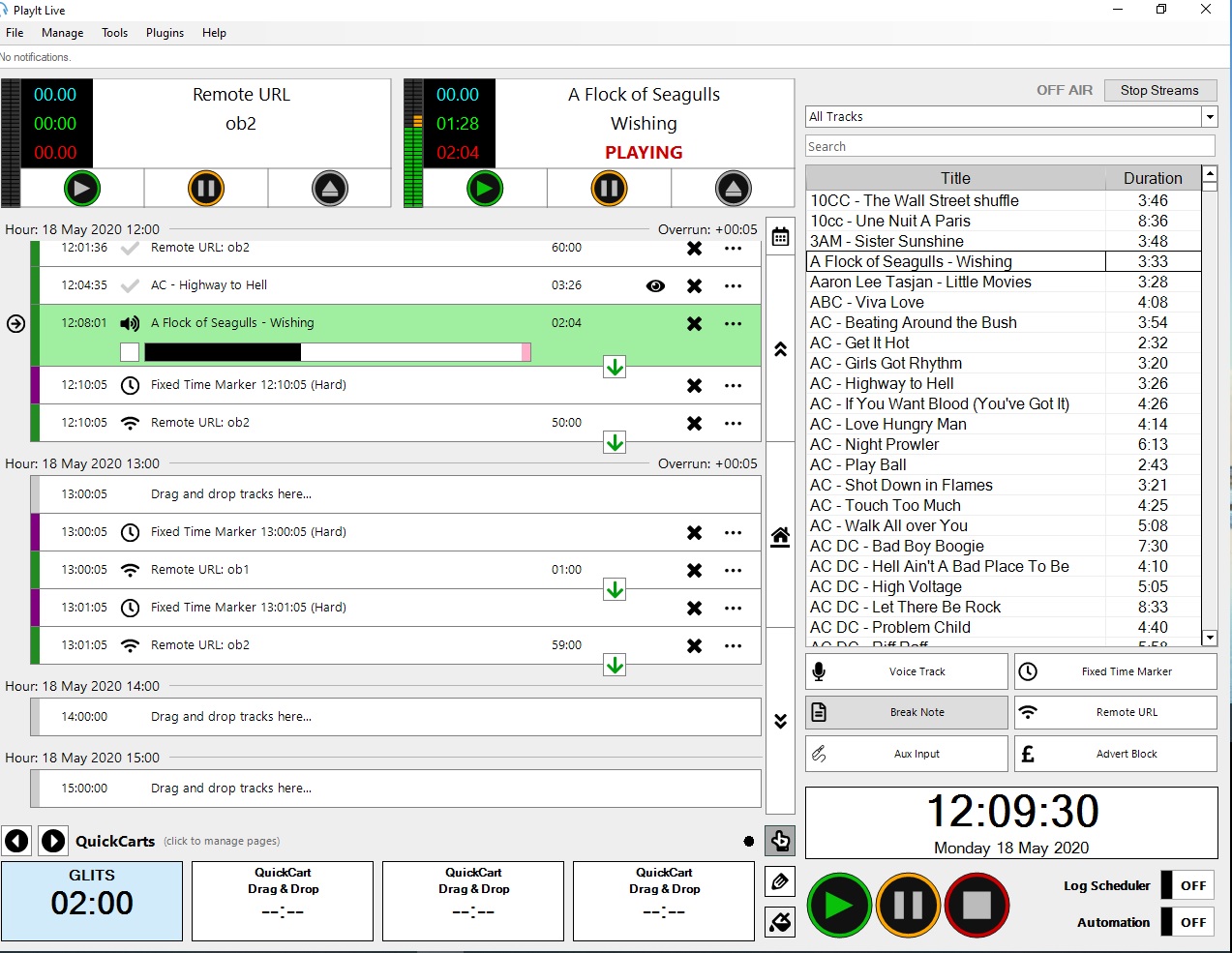 On the shed system I programmed a fixed time marker at 12:10:00 (it might have been worth putting a break of a minute before to ensure the track started from silent).

At 12:10:05 the OB started playing and as the OB track had just started it all sounded smooth.

I scheduled a minute from the "other" ob1 (the iPhone) and then back to ob2 a minute later.

The biggest issue was finger trouble !

Accurately typing the remote URLs tripped me up a few times and if the URL isn't there PlayIt Live errors inelegantly. Ideally I would also ensure that the Icecast server always produced a stream (although that wouldn't fix poor typing).

Also (sadly) although PlayIt Live streams title metadata from the OB (on the streaming plugin), the remote URL playlist item doesn't seem to extract it to pass to the "now playing" text.

The iPhone as a streamer works surprisingly well (and the app is very reasonably priced) but if I were using it "for real" I would be concerned that the battery would go flat mid broadcast.

Clearly with the 3G capable Windows tablet the iPhone streamer was superfluous but if the PlayIt Live system were running on a different PC that would have been a very handy facility.

With a bit of "operational discipline" (and an Icecast server) PlayIt Live will handle an OB based schedule very well.