Less than promising start with the streaming plugin

started a topic almost 7 years ago

I installed the streaming plugin to give it a try.

It errored on install, the configuration window won't open.

Thanks for your message. I've now fixed this problem, just visit the plugin gallery again to upgrade the plugin.

That fixed it, thanks.

I've yet to get a stream from a soundcard but I think that is more the soundcard than PlayIt Live. 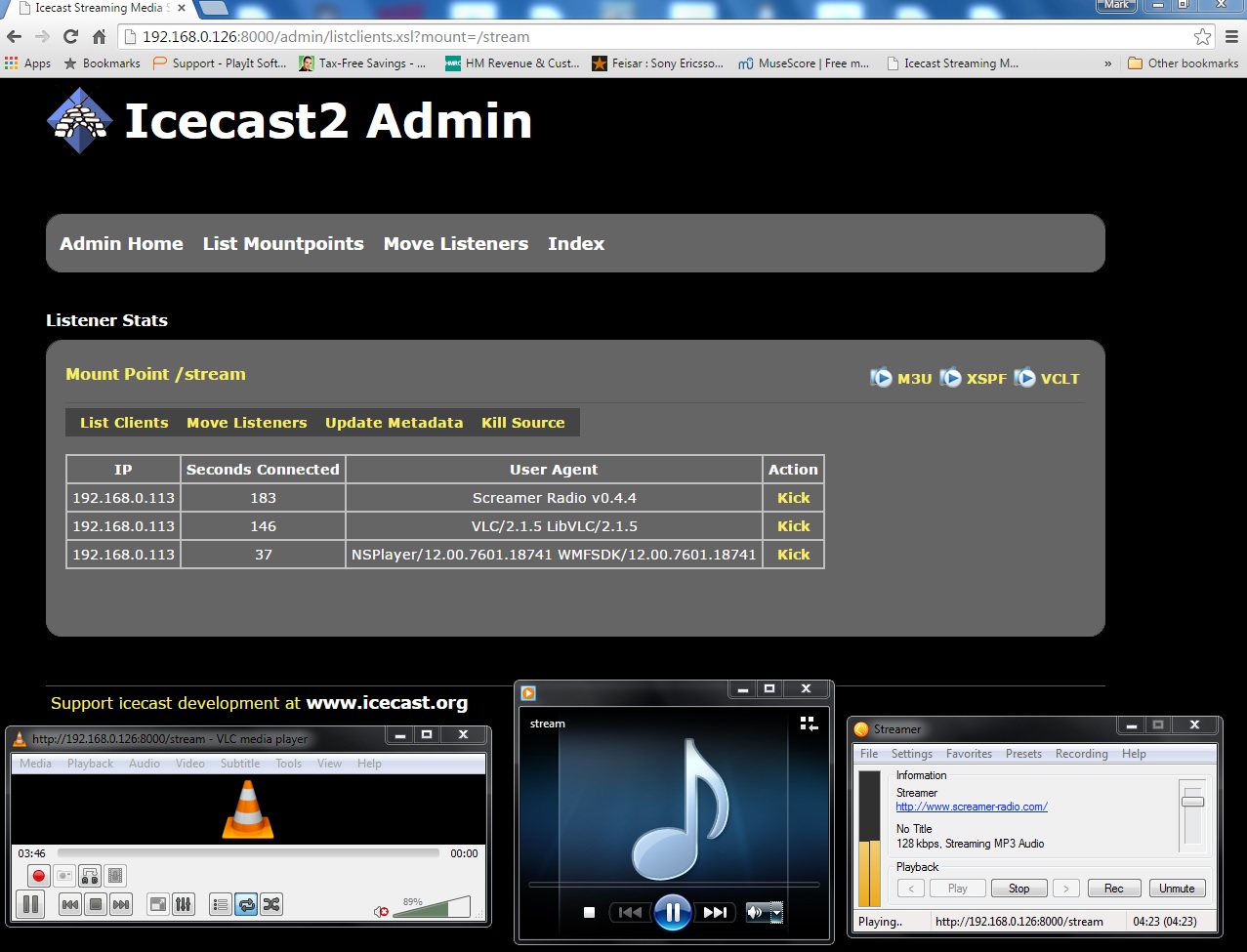 I have an Icecast server running under Linux (everything absolutely default settings) which I've had working with BUTT (on the same machine) and with BUTT disconnected and PlayIt Live set with the same parameters as BUTT had it all works.

There are three computers involved in this test setup. A netbook running PlayIt Live streaming to a Linux machine with the Icecast 2 server on it and a Windows desktop looking at the Icecast 2 status page playing the stream originated on the netbook on 3 applications, VLC, Windows Media Player and Screamer.