How do you add a .cue file?

started a topic about 1 year ago

Although the ability to update metadata per track in "PlayIt Live" was a feature I thought the software needed I must confess I haven't had occasion to try it!

Looking at the output of XLD with a CD and comparing it with your .cue file (also the Wikipedia article on Cue Sheet) I think your file name may need to be in quotes and say what sort of file it is.

I will try ripping something suitable (probably a live CD) as a single file with XLD then adding it to PlayIt Live and see how I get on.

I've had a chance for a bit of an experiment.

I ripped the Melissa Ethridge "A Little Bit Of ME:" live CD to a single file using XLD.

XLD produced a single MP3 file & a cue sheet file, both with the same name but one with a .mp3 extension, the other with a .cue extension.

I created a folder then added the folder to the PlayIt Live Tracks (I called it "Live CDs" but I'm sure what you call the folder won't matter).

Then I draged the song into the playlist and let it become the item playing.

A screen grab of the system (with the .cue file open in Notepad and a player showing what a player sees of the stream metadata).

It's a slight cheat as the PlayIt Live window is RDP from a different machine but it makes it easy to show all three elements in a single picture.

All in all, it seems to work nicely.

I'll experiment with a "real" recorded programme at some stage but I will need to hack together the cue file in Notepad.

After a bit of messing around I made a CUE file for a recorded programme I had.

I had recorded the programme using PlayIt Live and unfortunately there doesn't seem to be an easy way of making a cue file from the "Logged Track" output but after some mildly painful notepad bashing I made the CUE file.

I put it in the same directory as the programme MP3 file with an identical file name (obviously one was .mp3 and the other .cue) and added the MP3 file to the PlayIt Live library.

And for completeness, I had a go at getting your cue file working, this is the version that worked: 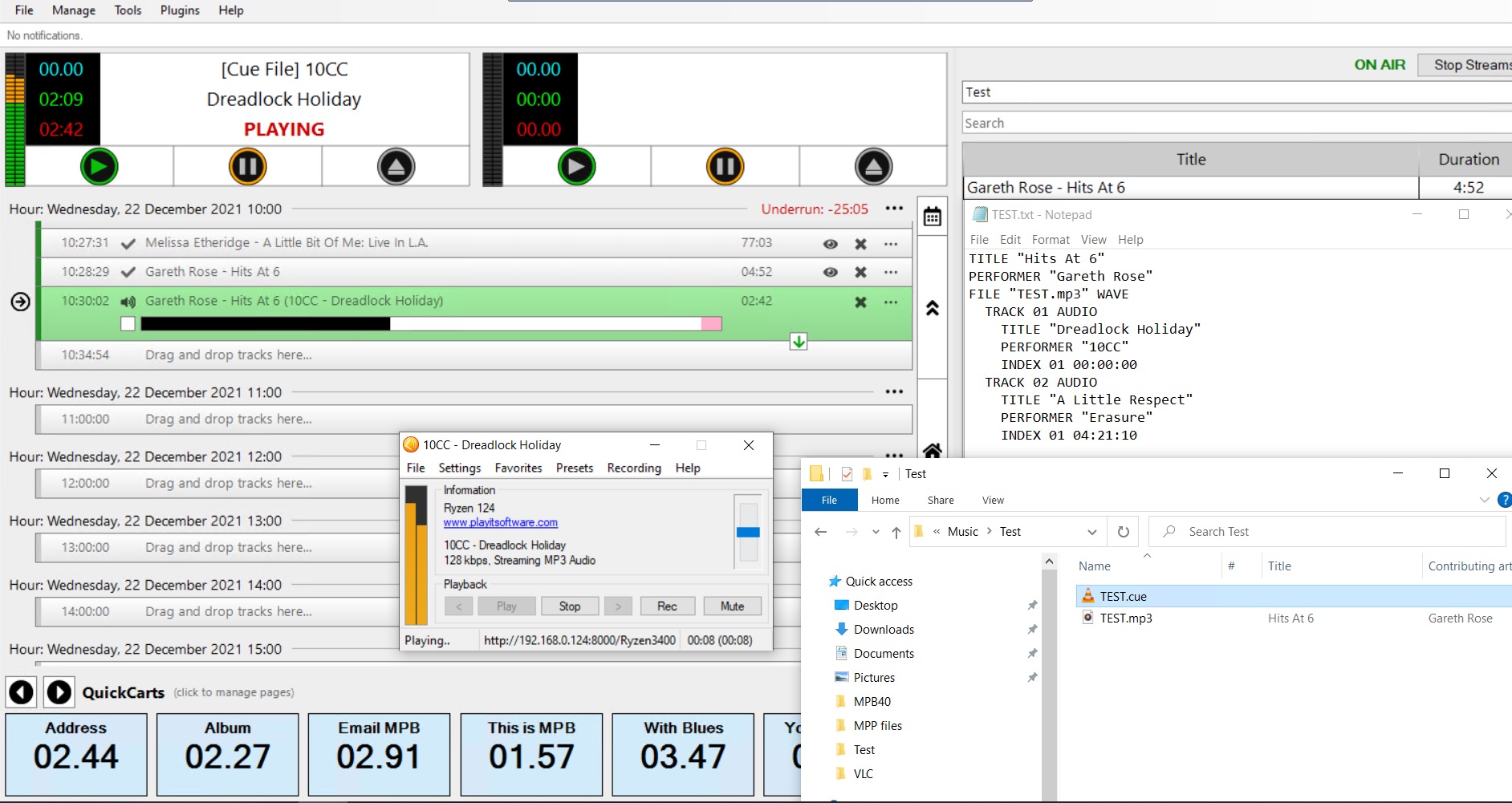 A picture of it working on my test system. I had a longer version of "Dreadlock Holiday" so used that for the audio.

As part of messing around to get this to work I changed a number of things so I can't be definite about what actually made it work. I made the track metadata match the CUE file but I'm not convinced this is absolutely required.

Mark, you're the best. Thanks for replying.

I'm a man on the edge now Mark.

So I've done a little testing of my own and I think I finally have a solution. The TEXT above partially works. This TEXT works... so far!! I've managed to get the data in the CUE file to match up with the MUSIC file. 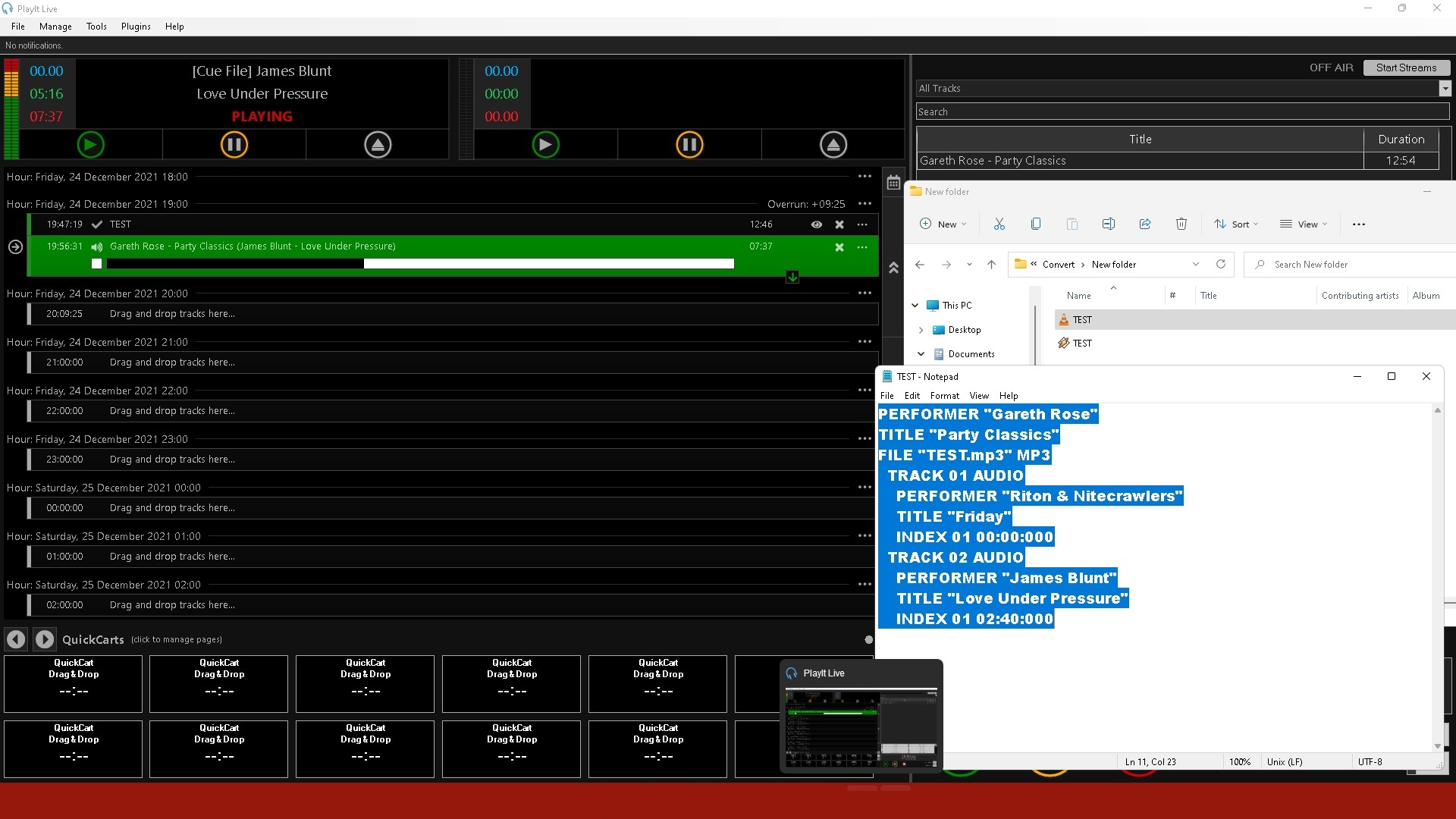 I've only tried two at present but should work, in theory, with the whole MUSIC file.