started a topic almost 2 years ago

Also (sorry, not sure how to edit posts) - with the above I don't need to be selecting PlayIt Live main mix anywhere do I? When was doing testing yesterday, the audio from the mixer was going out on the stream but I didn't seem able to record it? i.e., the presenter went out and could be heard but the recording featured none of his speech, although you could hear the mic dipping when he was doing links.

said almost 2 years ago
I will in the near future buy a 'spare' Yamaha AG06 - it's so key to my operation now, that if it goes south I'll be really stuck. Re: audio processing. Have a look at 'Stereo Tool' - software equivalent of the vastly expensive hardware compressor/limiters used by FM stations, and quite brilliant. It has a vast number of presets built in, and will also work as a master limiter. It completely transformed the sound of my station. You don't need the full version but the 'lite' version which does a fantastic job - it's about £40. Once you've bought the licence you can either use the VST plugin version or a standalone version. Much to play with, a fantastic tool, I think there's a demo version too.
M

I've not tried Stereo Tool but I do use Rocket Broadcaster (paid version) which takes VST plug ins and the "Broadcast" processor that they suggest. That's a good answer although I do like the Behringer 9024 hardware processor..

In true "don't try this at home style", I've used my very underpowered Dell tablet with the only "simple" sound card I have, an antique Creative SoundBlaster which doesn't seem to like the Windows 10 driver and is stuck in 48kHz which may account for the glitches I had. 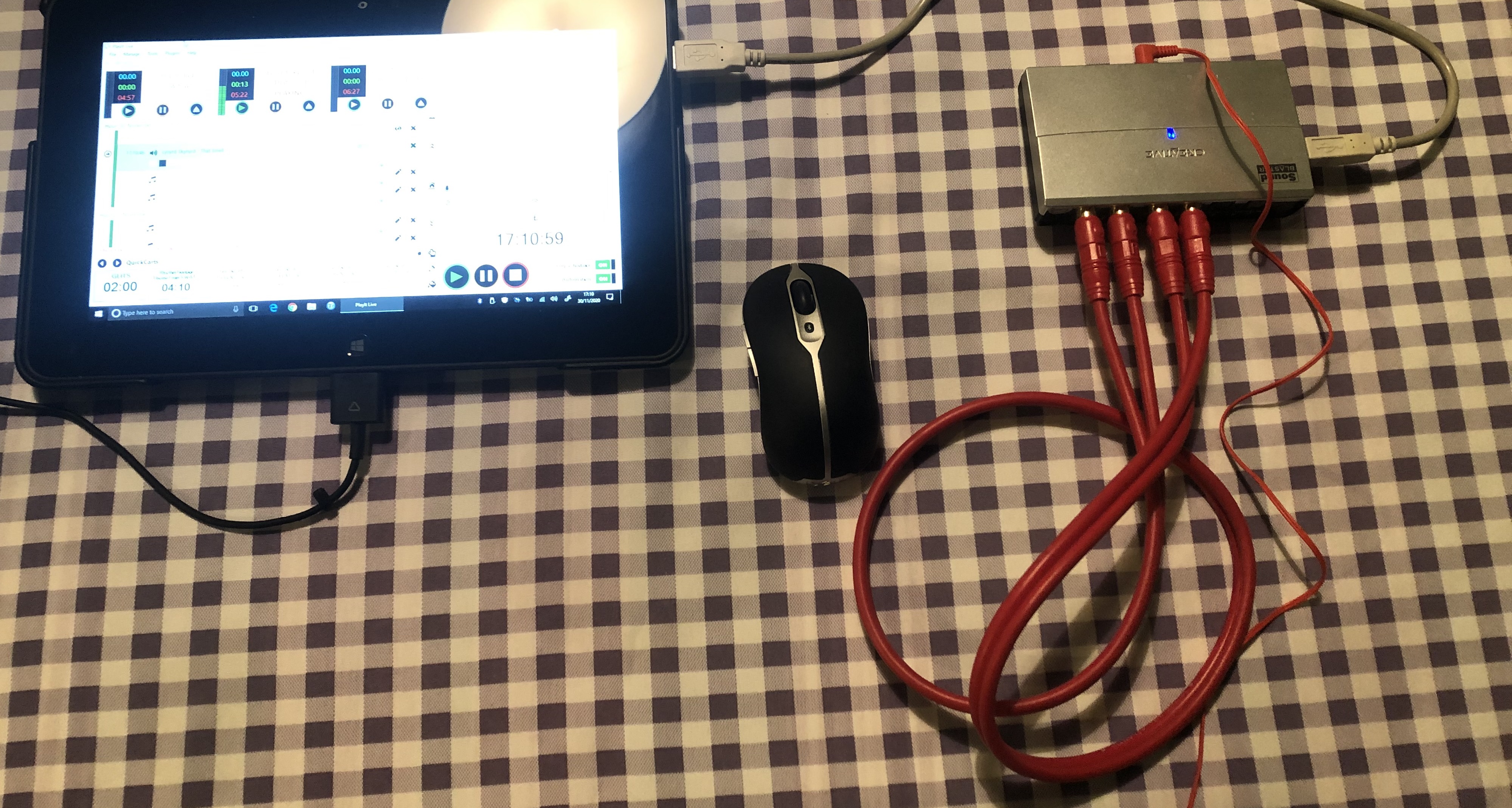 All set to use the USB sound card output. 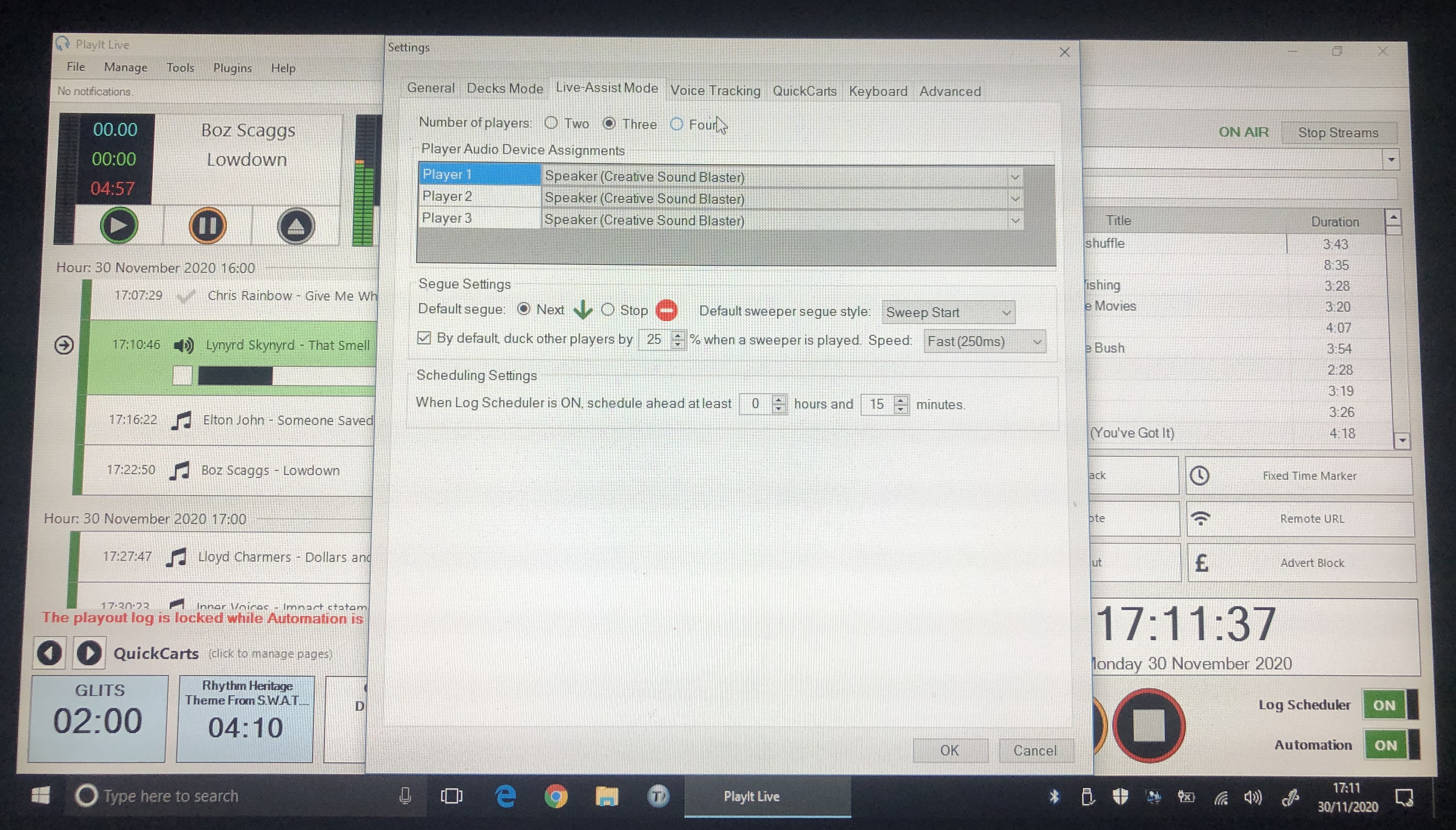 Set to take the USB sound card as a source. 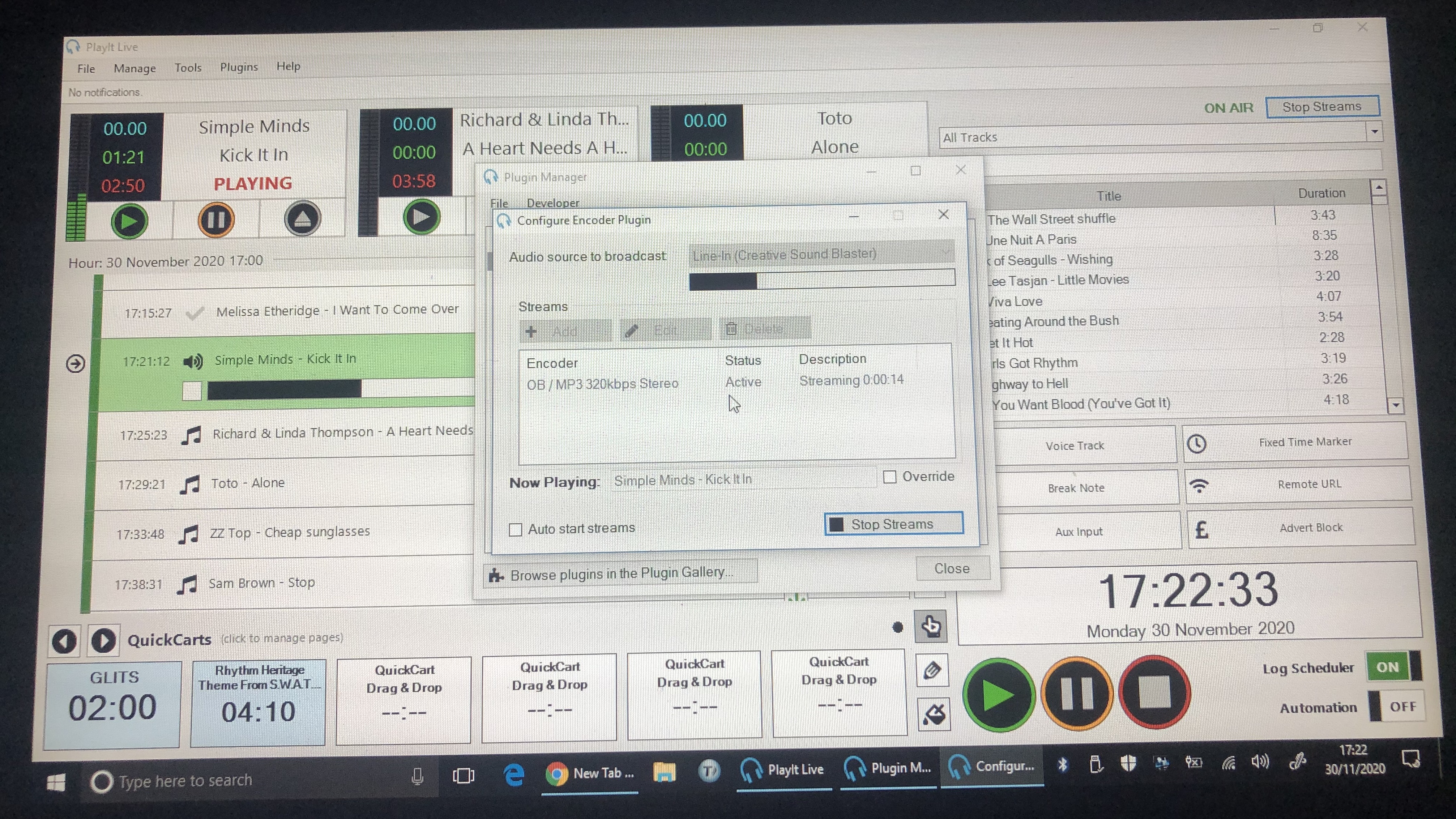 As you can see it seems to all work. 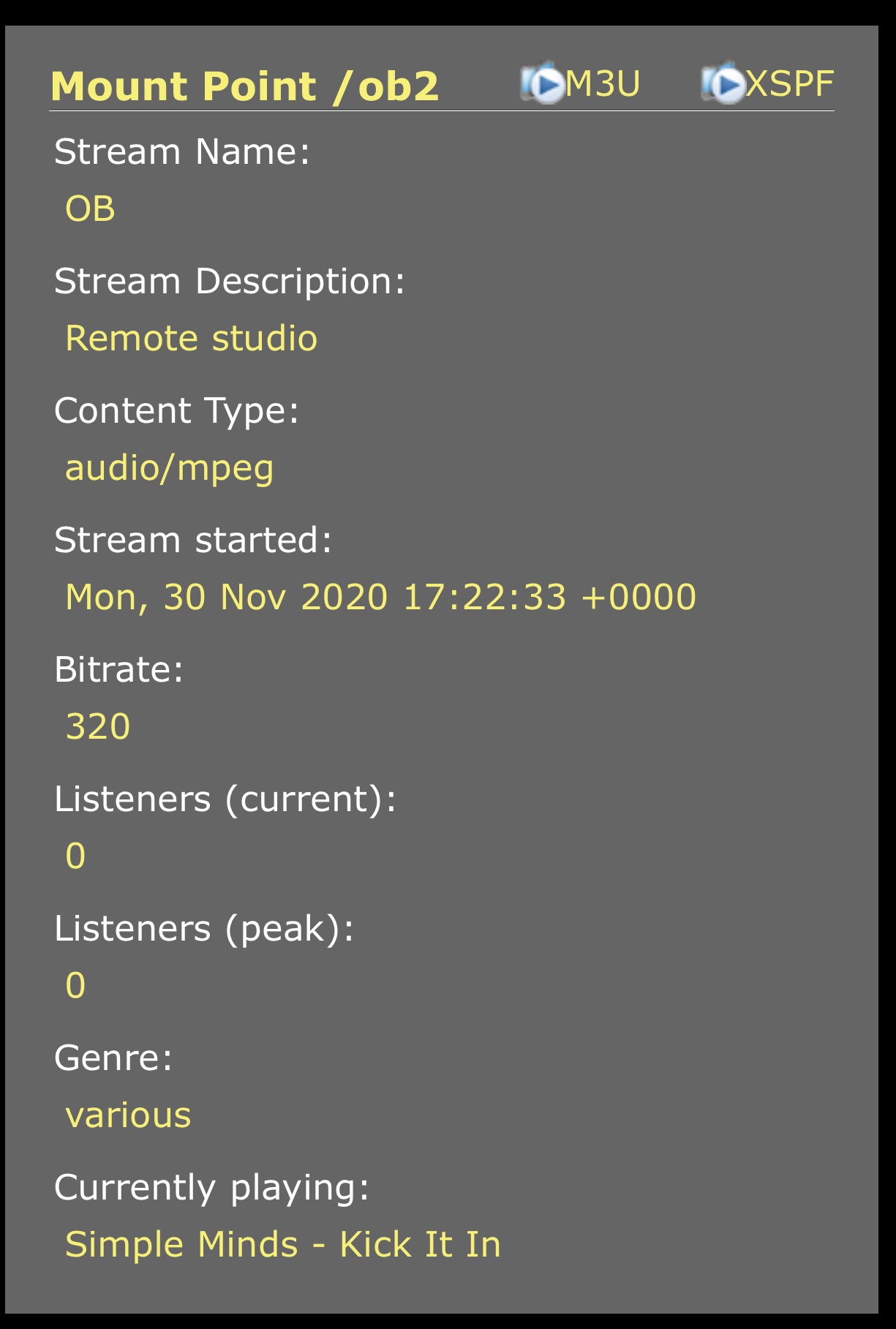 The settings on the encoder were all left over from my OB tests with the Yamaha AG03 some months back.

That worked better than the Creative SoundBlaster (probably due to a better driver).

@Mark Hi Mark, were you able to comment further on how I should set up Main Mix vs just Mic input? (Sorry for asking again, don't mean to mither)

said almost 2 years ago
@Kyle, there is no need to use the mic plugin if you have a mixer. The streaming plugin needs to use your usb soundcard as its source, set all the players and quick carts to the usb soundcard and any other source to the mic plugin (it doesn’t matter what but ideally it will be silent). Don’t select main mix on the streaming plugin.
1 person likes this
K

Thanks Mark - it was the PlayIt Main Mix that was throwing me - I will set everything to go BACK to the mixer and then take the source FROM the mixer for Broadcast. Hopefully it will record that way as well - thank you for clarifying though, really appreciate that :-)

I still cannot fathom how to record the mix (presenter and music) in either Play It Live recorder or Audacity? It seems I can do one or the other but not both. The USB scenario is definitely set to Play It Out Main Mix - am I missing something obvious please?

Edit - I am dealing with two separate presenters each doing it a different way, remotely. For the USB scenario, I can definitely hear the right mix on the stream (just done it), I just can't record it. If I used BUTT would that record the entire mix?

I think the problem with recording using a USB microphone and the mic mix plugin is that there is no "physical" input to the computer that has that mix on it. The microphone is a sound input to the computer (using the soundcard built in to the USB microphone) but PlayIt LIve targets computer sound outputs (so you can listen on headphones) and combines the sources to "main mix" which the built in streamer can stream.

This main mix also wouldn't be available to B.U.T.T. or similar for the same reason as Audacity can't record it, that it doesn't enter the computer on an input.

You could look at "Virtual cables" which could potentially help.

Also there is sometimes a "stereo mix" source available in recording that can be enabled (Realtek sound cards do this).

This is donationware and works fantastically well, it gives you an extra 'virtual' audio output. I then use the (free) PlayIt Recorder plugin to record the stream with the Virtual Cable as the source. Works really well.

Ah thank you both! Do I need to set virtual cable up within PlayIt Live at all? (I get the input into the PIL recorder - I think!)

VB Cable is just a neat way of having an extra 'source' that's available to record - if you can't find any that work it'll almost certainly fix the problem for you.
No, you don't set it up within Play It Live - you just run the installer in Windows. It will then appear as a source in your sound settings, in PlayIt Recorder and PlayIt Live.

I'm pretty sure there's a demo version of it, suggest you try that first ...

Brill, thanks Simon! Do I not have to send anything to the Audio Cable (from wherever)? Will it just sort of "work"?